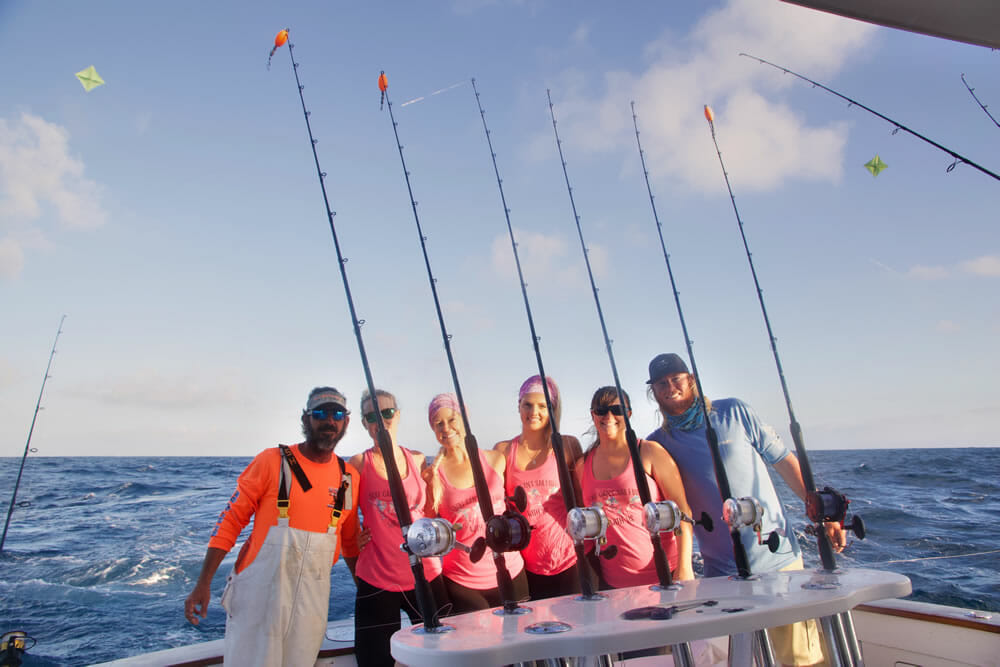 Thank you for fishing the 2nd Annual Fish for Holly tournament, Main Attraction! Read about their day on the water: 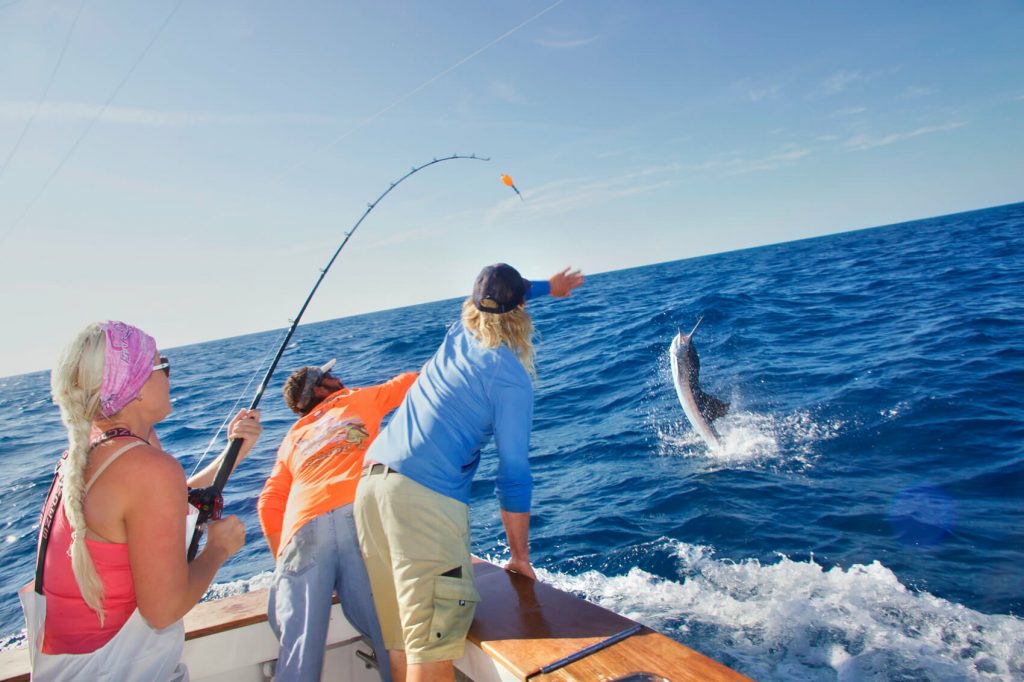 Last Saturday, Main Attraction was entered into the 2nd Annual Fish for Holly Sailfish Tournament, based out of Islamorada. The crew consisted of Captain Marty Lewis at the helm of Main One, with the help of Captain Shelby and first mate Digger Rodamer working the pit. We had four registered anglers, an all-female team, consisting of Katie Lewis (Marty’s wife and business partner), Elise Mucha (Brutus Seafood owner), Alli Heller and Carlin Palumberi.

The team left the dock at 4:30am to run up to Islamorada and catch fresh live bait and get into position. In a tournament, there is no such thing as having too much bait! This also allows the team to test out their equipment and get set up before the official time clock begins. The committee boat officially announced lines in and the baits hit the water. With four lady anglers, everyone took turns working the kites. Within an hour, we had our first bite and first sailfish on the lin

e. With a successful catch and release, Carlin was the first angler to get Team Main Attraction on the board. Everyone was super excited and ready to get back into position and get the kite baits back out and hopefully continue to catch more sailfish.

Not long after, all four lines went off at the same time. Team Main Attraction had a quad hooked up! Just imagine 4 anglers in the cockpit with all the lines crossing over each other while 4 sailfish are out there jumping and running at high speed. Captain Marty was yelling from the tower, “Katie go over Elise, under Alli!” etc. to keep the lines from tangling. It was chaotic, but thanks to good teamwork it was controlled chaos and we managed to catch and release 3 out of the 4 fish, putting Katie, Elise, and Alli on the board. Our team was ecstatic, we were all thinking how cool that was! We continued fishing that same area for another hour without another bite. We made a few moves but no luck for a few more hours.

Official lines out were scheduled for 3 pm and at 2:30 pm Captain Marty yelled to the crew to quickly wind up all the baits and bring in the kites. Shelby and Digger thought he was crazy! Captain Marty ran for about ten minutes, stopped the boat and directed everyone to put out the kites. This gave us only 20 minutes for setup and to fish! The team deployed the kites quickly, as we were in a race against time at this point. Finally, the baits were in the water, fresh and dancing around, looking like a tasty treat for a Sailfish. With just a couple minutes to spare before lines out, Katie got a bite on the left kite! Captain Marty called in the hookup over the radio and within seconds, Carlin got a bite on the right side!

We now had two more sailfish hooked with a fighting chance to place in the tournament. Over the radio we could hear other boats were hooked up at the last minute so the pressure was on, our fish had to come in before the others to get a win. Carlin’s fish was closest to the boat, so Captain Marty went after her fish first. Katie was told to stay tight but not to pressure the fish too much. Katie’s fish was running in the direction of the bow while Marty backed down on Carlin’s fish. Katie had to keep the rod low to avoid the line snapping against the boat.

After what seemed like an eternity, the boys got a release on Carlin’s fish and now it was time to work on Katie’s. Katie’s heart was pounding, she knew this fish could mean the win. Digger kept telling Katie, “nice and easy, you got this, just stay tight”. Captain Marty started backing down quickly and Katie had to wind as fast as possible to keep that sailfish nice and tight. The team saw the leader and Shelby and Digger were on it. The boys released the fish and Captain Marty called it in immediately.

To say the team was excited would be an understatement. There were high fives, hugs, and lots of smiles all-around. Days like this are truly priceless! To sweeten it all, even more, the best photo of the day captured the moment perfectly as that final sailfish jumped out of the water as it was being released! First, second, and third-place teams all finished the day with 6 sailfish releases, and it just came down to the time the fish were released. Main Attraction took 2nd Place overall in the Tournament. Shout out to Team Kalex and Olympic Gold for a well-fought day of Sailfish competition. 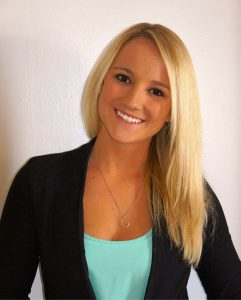 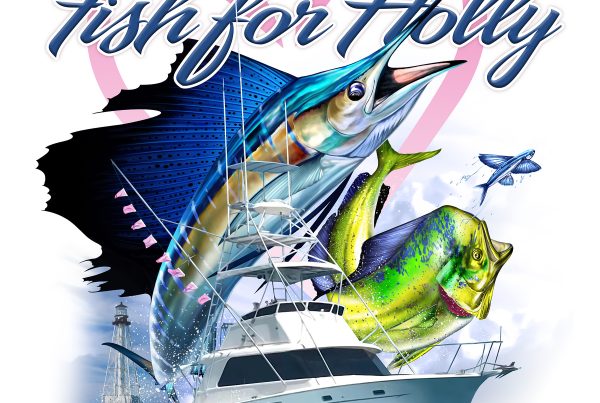 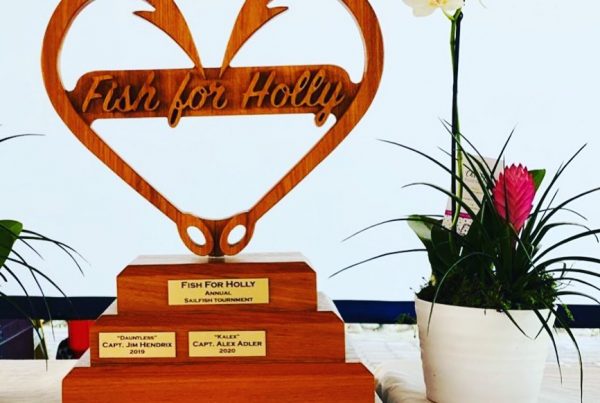 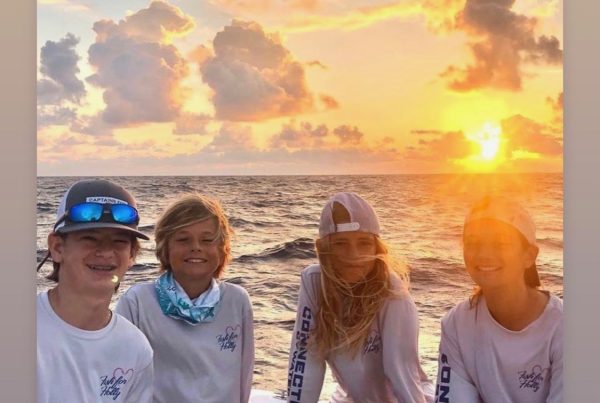